Google has committed to improving its business practices as part of a decade-long investigation by the European Commission into monopolistic behaviour in online search.

Having rejected two initial proposals for reconciliation from Google, the Commission has now accepted the ad giant’s offer, with anti-trust chief Joachin Alumnia speaking in Brussels to say he believes the company is now ‘capable of addressing the concerns’.

The Commission said: “Google has now accepted to guarantee that whenever it promotes its own specialised search services on its web page (e.g. for products, hotels, restaurants, etc.), the services of three rivals, selected through an objective method, will also be displayed in a way that is clearly visible to users and comparable to the way in which Google displays its own services.

“This principle will apply not only for existing specialised search services, but also to changes in the presentation of those services and for future services.”

Glen Collins, CEO of user-generated content review site Review Centre, told Mobile Marketing that he doesn’t feel entirely comfortable with the length of the latest case. “I think it’s very difficult to feel complete comfort in an anti-trust process that takes 10 years to reach a decision in a market where the rules, the players and the technology changes seemingly overnight.”

SEO specialist Richard Baxter, MD of SEOgadget.com, told us his company will be interested to know how Google will identify ‘three rivals’ to display within its paid search results. “The concessionary measure offered by Google today apparently opens a fairer, less biased playing field for brands to succeed in search regardless of their budget and company size.

“We’ll be analysing just where Google intends to find the data for their enhanced ad listings, though we expect to find they’ll be influenced by results from Google’s Organic search service.”

Not the first time

In January last year, Google agreed to change some of its business practices in the US following a large-scale investigation by the Federal Trade Commission (FTC). These related to issues around patents, use of other companies content to sell its own products and, as in the EU case, anti-competitive promotion of Google AdWords to advertisers looking to use multiple ad providers.

While Google was investigated for manipulating search algorithms to favour its own vertical websites, the FTC concluded that this ‘could be plausibly justified as innovations that improved Google’s product and the experience of its users’. Although this criticism was not upheld in the US, the EU case also looked at whether Google was favouring its own search results over others.

In another case, this time April last year, the Fairsearch coalition of tech companies, including Microsoft, Nokia, TripAdvisor and Expedia called for a ‘rigorous investigation of Google’s mobile practices’ to protect consumers and ensure competition. The group also filed a complaint with the EU. 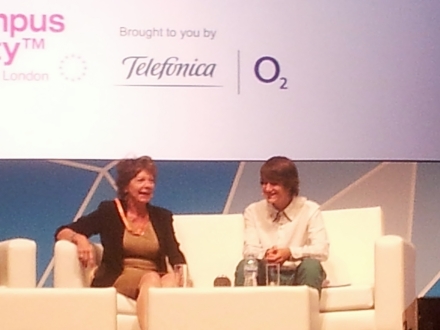 Neelie Kroes, VP of the EU Commission leading the digital agenda, has announced a €100m fund for European entrepreneurs to create ‘future internet’ businesses during 2014 and 2015.

The M2M market is already worth €34bn, Kroes told the audience at Telefonica’s Campus Party, and it could grow by 30 per cent per year, meaning trillions in global revenues by 2020. But she pointed out that while US and Asian tech company revenues have grown by up to 50 per cent in the last five years, many European companies had seen sales decline. “We need to change that,” she said.

The FI-WARE (future internet) project ‘to make innovative technologies available for all’ is a JV between the EU and major IT companies. The OpenStack, cloud-based resource comes with a library of free, open source tools to speed up the development process for internet-of-things apps across different platforms and sectors. There are already five trials of the platform taking place, in healthcare, transport and logistics, media and content, manufacturing and energy.

“From mobile devices to app stores, software, and IP networks, these are the ingredients that help American companies build a network and snowball to success,” she said. “It’s time we had more of them over in Europe too. Think about security and privacy by design, social connected TV, augmented reality, instant mobility or even smart farming.”

Kroes – a towering figure in the EU, aged 72 – was joined on stage by her 17-year-old advisor Luis Ivan Cuende, a young entrepreneur and winner of the HackNow contest in 2011. He said this project was an opportunity for the EU to create internet companies that respect users’ privacy.

In a final call to arms, the commissioner added: “You are best placed, not just to innovate, but to turn that innovation into real products, real services, and real jobs. Let’s stop with being modest in Europe.”